A few decades ago, robots were introduced in the automotive industry and were quickly proved to be reliable, efficient and cost-effective. In fact, they have completely revolutionized the industry. Today, a new generation of robots are stepping into other industries, including the construction.

Our new ebook "The 5 innovations that will disrupt civil infrastructure management" highlights what is currently happening within the sector, revealing how you can benefit from new technology now.

A shortage in skilled labor

In March 2020, the Associated General Contractors of America reported that despite offering average hourly earnings 10% higher than the private sector, US construction firms were struggling to find and retain experienced site workers.

The industry’s unemployment rate had hit a record low the month prior, according to the association’s analysis of government data.

In this context, Developers and Management Firms cannot afford to ignore the potential for robotics to address labor shortages.

Early robots faced a number of challenges, including having difficulty understanding changing floor plans and keeping track of inventory. Due to recent advances in Artificial Intelligence (AI), wireless telecommunications, location-based technologies and navigation systems, however, these challenges are being addressed.

According to ABI Research, advanced mobility enabling autonomous navigation will empower a wider use of robotics in construction. Robots can be used for a variety of specific tasks, such as bricklaying, painting, loading and bulldozing.

More advanced applications include climbing robots for the construction of tall structures and wearable exoskeletons to assist workers in performing physically demanding tasks.

The rise of BIM

A 2019 report from Tractica predicts that robots will be deployed widely over the next five years to solve labor shortages and reap the benefits of improved speed, efficiency and safety. They also have an ability to integrate with building automation and building information modelling (BIM).

During this period, the firm forecasts that thousands of robots will be commissioned for a variety of construction, management and demolition tasks. The highest level of demand will be for robot assistants used on construction sites, followed by infrastructure robots, structure robots and finishing robots.

Construction companies implementing intelligent automation will become more competitive. Robotic systems, for example, are increasingly being developed to make the production of building materials more efficient. This is applicable for a range of tasks such as cutting, packaging and stacking materials, where robots are faster, stronger and more accurate than the human labor force.

Robots, however, are not going to entirely replace people. Both skill-sets are combined, enabling humans and robots to work together to enhance the overall performance.

Learn more about the impact of robotics and other technologies in our free ebook.

The 5 innovations that will disrupt civil infrastructure management 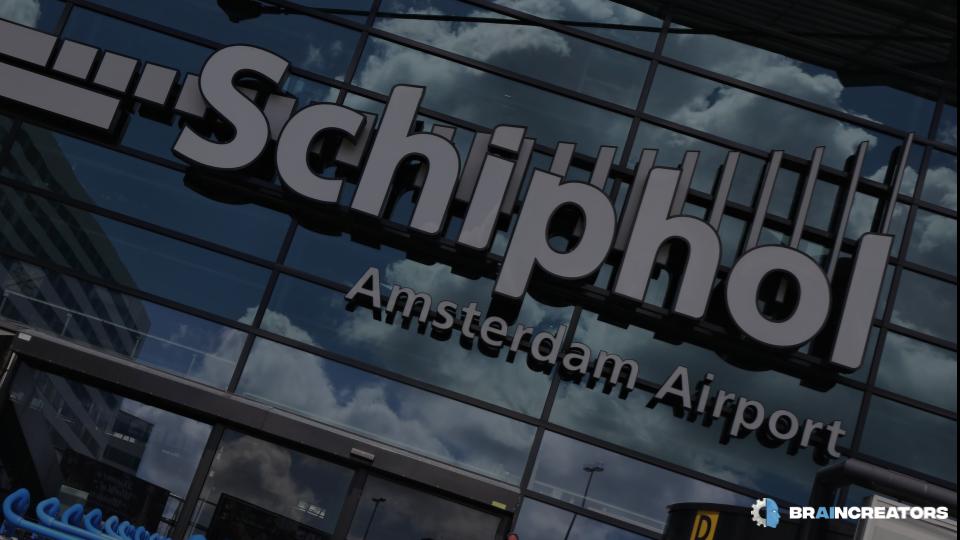 As one of the world’s leading digital airports, Schiphol is constantly looking to increase its level of customer satisfaction through process optimization.